As you may know, a meeting was organized to discuss the plans for a new Ryerson residence. Don W provides notes of the discussion at the May 14th meeting. In attendance were: MPI Group (the developer),  IBI Group Architects, Ryerson University (Capital Projects), Councillor Wong-Tam’s Office, Hazelburn Coop, and 192 Jarvis Street. Our representatives were Barry O. (#1002), Michael M. (#903) and Don W (#1402).

MPI was not able to provide a revised design for us to evaluate.  The original proposal is still in circulation with various City departments.  The design will be changed when all of the feedback is received, rather than on an incremental basis.

Protrusion of Building at Northwest Corner 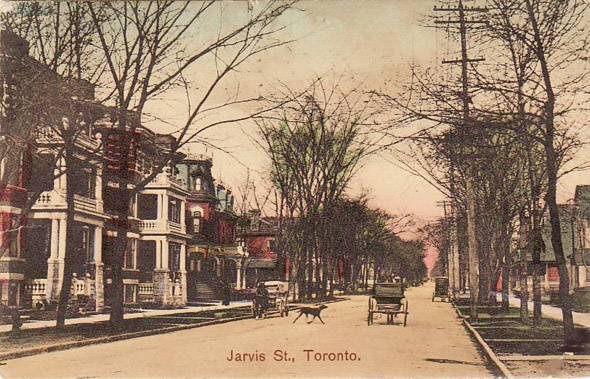 You may find this visual history of Jarvis Street to be of interest. Posted last May by Derek Flack on blogTO.com, the blog  includes a good number of photos going back over the years. It is a reminder of Jarvis Street’s past – and, perhaps, of its potential for the future.

Residents of 192 Jarvis can submit posts to the site by completing the form under the "Add a New Post" tab above. Contact the webmaster with any questions or problems.

If you would like to receive periodic email alerts about new posts, simply let us know at webmaster@192jarvis.com.